On the full harvest moon of October 1, 2020, Toadstool Shadow hosted New Elf City, an imaginary free festival on the Moon. Along with nine other bands from around the USA, including Colemine Records recording artist M. Ross Perkins, Toadstool Shadow imagined playing on the Sea of Tranquility on the Moon. There was a massive imaginary light show. There were some excellent imaginary festival vendors. That's right: all the bands, light show, and vendors were real, and all imagined rocking the full moon on the Moon itself. And it was all 100% free! All you had to do was imagine you were there, and you were there. Here's the big Columbus Alive article on New Elf City. 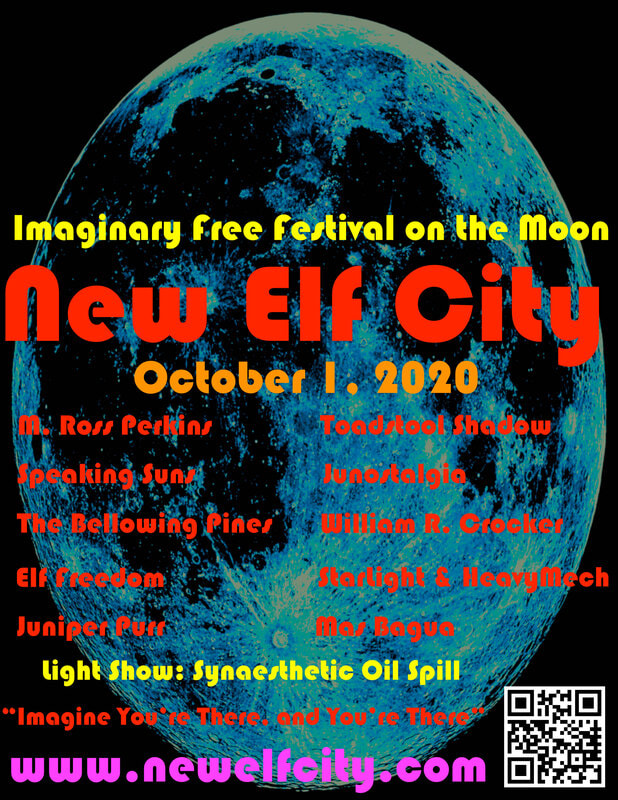